Depending on who you talk to, both bedding options can be a great choice. In European countries, duvets are habitually used. However, in the U.S., most of us grew up with a comforter on our bed. Being introduced to a duvet cover for the first time can be a culture shock—uhh what’s a duvet cover?

Let’s learn about the benefits of duvet covers and comforters to determine the best option for you!

Imagine a pillowcase for your comforter─duvet cover.

A duvet cover is a lightweight material that protects your comforter. It’s closer in size to your bed and won’t hang much at the sides, which is perfect if you don’t like your bedding touching the floor. A new duvet cover can help greatly when doing a simple room makeover. You can swap out your duvet cover and change your bedroom style in minutes.

Benefits of a duvet cover: 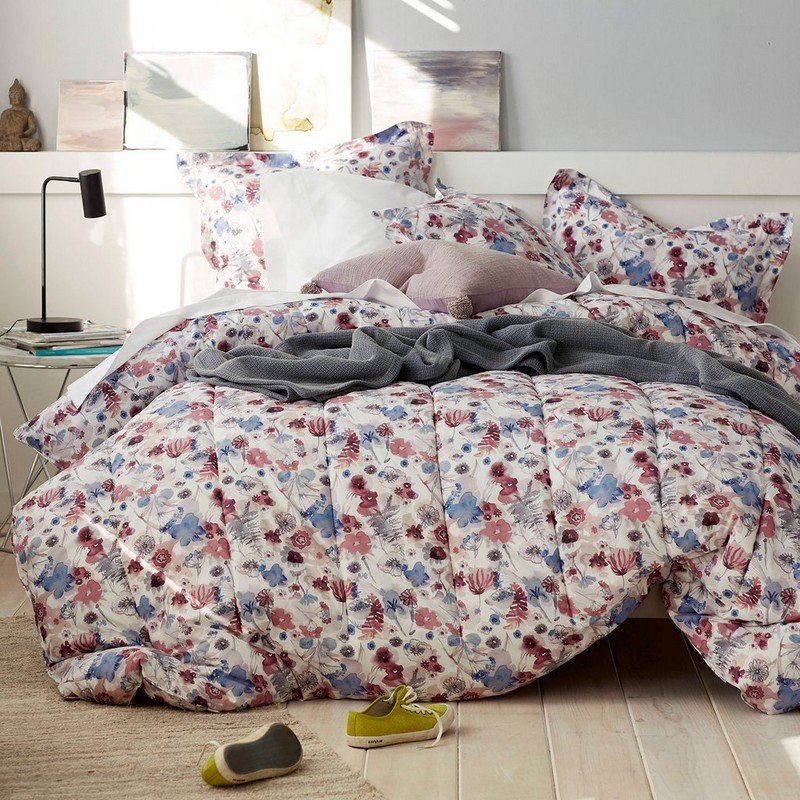 Imagine a stitched pillow without the pillowcase─comforter.

A comforter is made from two layers of material, stitched together, and filled with down, synthetic, or feathers. A comforter sits on top of your sheets. It is larger than a bed and hangs over the sides.

Benefits of having a comforter:

To complement your ever-changing style, you don’t have to choose between two great bedding options. A good comforter and duvet cover─ you can utilize both!

So, now that you know the benefits—duvet cover, comforter or both?

Monet is a content creator and social strategist for The Company Store. When she's not working she enjoys traveling, having in depth conversations, and indulging in self-care practices with the goal of becoming her best self. You can follow her journey on Instagram @socialmoeey

Set the tone: Choosing the right color palette for your space »

what do you think? Cancel reply

Life is a series of unpredictable events and, at many points, we get a chance to reinvent ourselves and start fresh. Inspired by these new beginnings, Cstudio Home created SNOOZE, the blog, to help you on your journey and share ours.